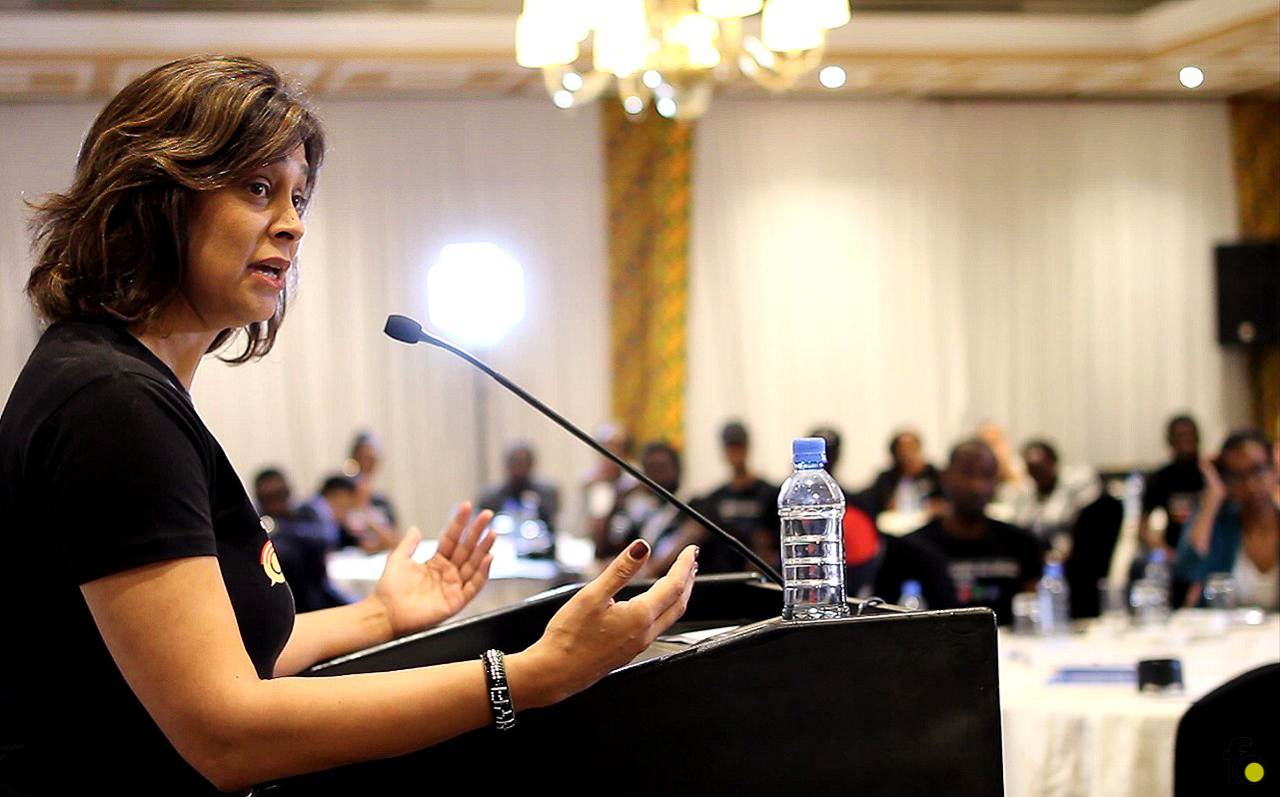 Zain Verjee used to interview world presidents and other movers and shakers. She gave that up to help create a generation of informed and highly trained African journalists and multi-media storytellers.

I first met her in Nairobi last year. It was a coffee meeting to discuss possibly working together on a project after a mutual friend had introduced us. But you know the thing, when you have seen someone on TV, so you believe you know them. Haha.

I was surprised by how down to earth she was. She seemed as excited to see me as I was to see her and happily talked about her gym instructor who was punishing her with super intense workouts. Her story, sprinkled with self-deprecating humour, and her vibrant demeanour, broke the ice for our meeting.

Zain was born and raised in Kenya. She worked as a news reader for Kenya Television Network and as a radio presenter for 98.4 Capital FM, In 2000, she joined CNN and worked there as an anchor and correspondent for 14 years. In that time she travelled the globe and met some of the most influential people in the world. It’s the dream job for many journalists, but Zain decided to leave her comfort zone and explore new frontiers. Towards the end of 2014 she announced that she was leaving CNN.

During that same year, she had revealed to the world the story about her struggle with psoriasis, a disease “that can consist of raised, inflamed skin patches covered by silvery flakes of dead skin cells or scales.” Her inspiring story of beating the disease is a reminder of how successful people have struggles behind the scenes that the world often never sees.

“I have fish-like scales,” she wrote, “there are tiny red islands floating on the surface of my skin. They combine to create continents with jagged surfaces. They turn black and start to smell. There is blood and pus.”

After many years of trying various treatments, she was told to try changing her diet and cut out a lot of things she loved. And that was the cure. A healthy diet and a positive attitude.

Her new passion is to facilitate the telling of diverse African stories. Last year, she co-founded Akoma Media with Chidi Afulezi and the initiative is aimed at “capturing the energy of Africa and the diaspora.” One Kenyan newspaper called her the queen of creative content.

One of their projects is Akomanet, an open content platform for Africans and another is Amplify, a fellowship program for African journalists which has just taken on its second cohort. Verity and I attended the graduation ceremony for the first cohort in Nairobi in April this year and were inspired by the vision and energy of the fellows and the drive that the Akoma team has to facilitate the telling of diverse stories from around the continent.