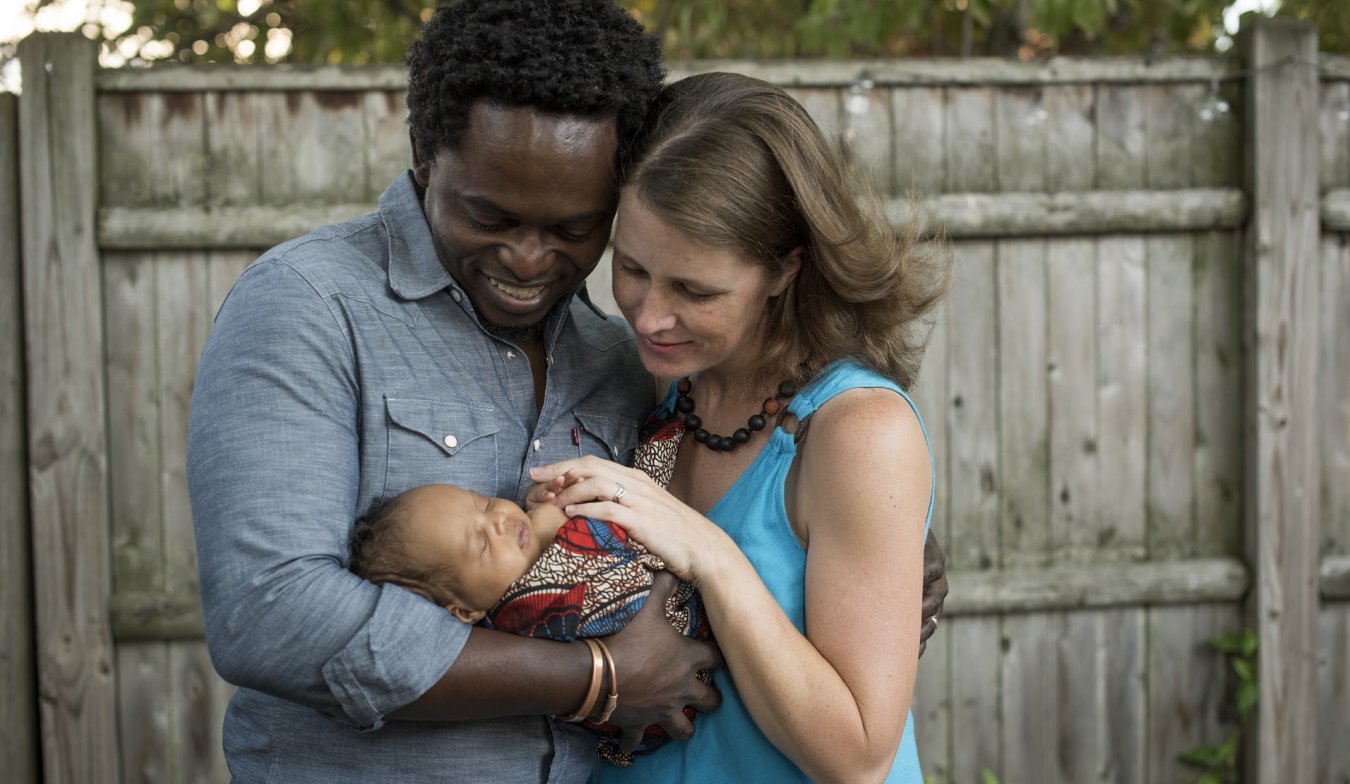 Picture: That’s us! Fungai, Verity & Nips when she was a few months old. Photo by Andrea Bruce.

We are 2 drifters – Fungai and Verity – along with our little one, Nips, who gets dragged around the world. We travel on passports from Zimbabwe, South Africa, and the United States, respectively. In our four years as a family, we’ve made homes in Harare (Zimbabwe), Boston (U.S.A.), and Machakos (Kenya), along with a storage unit in Cape Town (South Africa).

Our families are scattered over three different continents, and in the past 12 months, we haven’t stayed in one place longer than 60 days.  We are lovers of music, media, and long road trips. We collect friends, experiences, and fridge magnets. We are inspired by the energy of the young people we’ve met across (and beyond) our continent, and are driven by the possibilities that lie ahead for Africa. We believe more Africans need to travel and see Africa, just as more people from outside the continent need to do the same. The more we know Africa, the more we can connect its people, the faster we can solve our problems together.

We decided it was time to share our story, our perspective, our drift. We hope this site will inspire you to explore the world more, to connect with other Africans and to reach beyond the borders of your country, your culture and your inhibitions. Welcome to African Drift!

35 years ago, when I was a barefoot 5-year old boy pushing wire cars on the streets of Zengeza in Chitungwiza, Zimbabwe, I could never have imagined that I would one day be married to a South African girl, have an American daughter, and that we’d be living between four countries.

When I was twelve years old, one of my aunts gave me a Prinz 110 24 mm camera, a basic point and shoot that started my love for photography. Six years later, as a student at the University of Zimbabwe, I joined a college newspaper and became the lead photographer and editor.

It was there that my journey of documenting society, arts, and culture in Zimbabwe and beyond began. I can trace everything that has happened to me; from meeting my amazing wife, to starting Zimbo Jam (Zimbabwe’s biggest and award-winning online lifestyle, arts and culture magazine); to traveling around the world; to accepting a place as a Nieman Fellow at Harvard University; to that moment when I held that first camera in my hands.

Growing up in apartheid South Africa, the family I’m a part of today was not only unimaginable, it was also illegal. Thankfully, this has changed, but so many other injustices and inequalities that were prevalent then, haven’t.

I subscribe strongly to my countryman Steve Biko’s assertion that “The most potent weapon of the oppressor is the mind of the oppressed.” There are still millions oppressed by the enormous burden of poverty. There is still systemic interference with personal freedom.

I have always wanted to be a part of the solution and in my current role at Jitegemee Children’s Program in Machakos, Kenya, I spend every day working to provide education and other support to children who would otherwise not get it. The journey that has brought me here has had many twist and serendipitous turns, along with numerous trans-Atlantic moves, usually chasing ideologically-driven work.

My own education has taken me from participating in experimental theatre in the hallowed halls of the University of Cape Town to leftist discussions at the University of Massachusetts, Amherst. These opportunities drove me to ensure others also had access to education, and this quest took me from Boston University to Arundel School, from Fish Hoek Middle School to World Education; a journey that fortuitously also took me into the arms of my Zimbabwean husband.

As a child I learned classical violin and competed in ballet eisteddfods, but as I have grown up and moved into other worlds, the soundtrack of my life has changed too. It now includes the tunes of Oliver Mtukudzi, Angelique Kidjo, Hugh Masekela, Eric Wainana, and voices and conversations from a multiplicity of cultures and places.