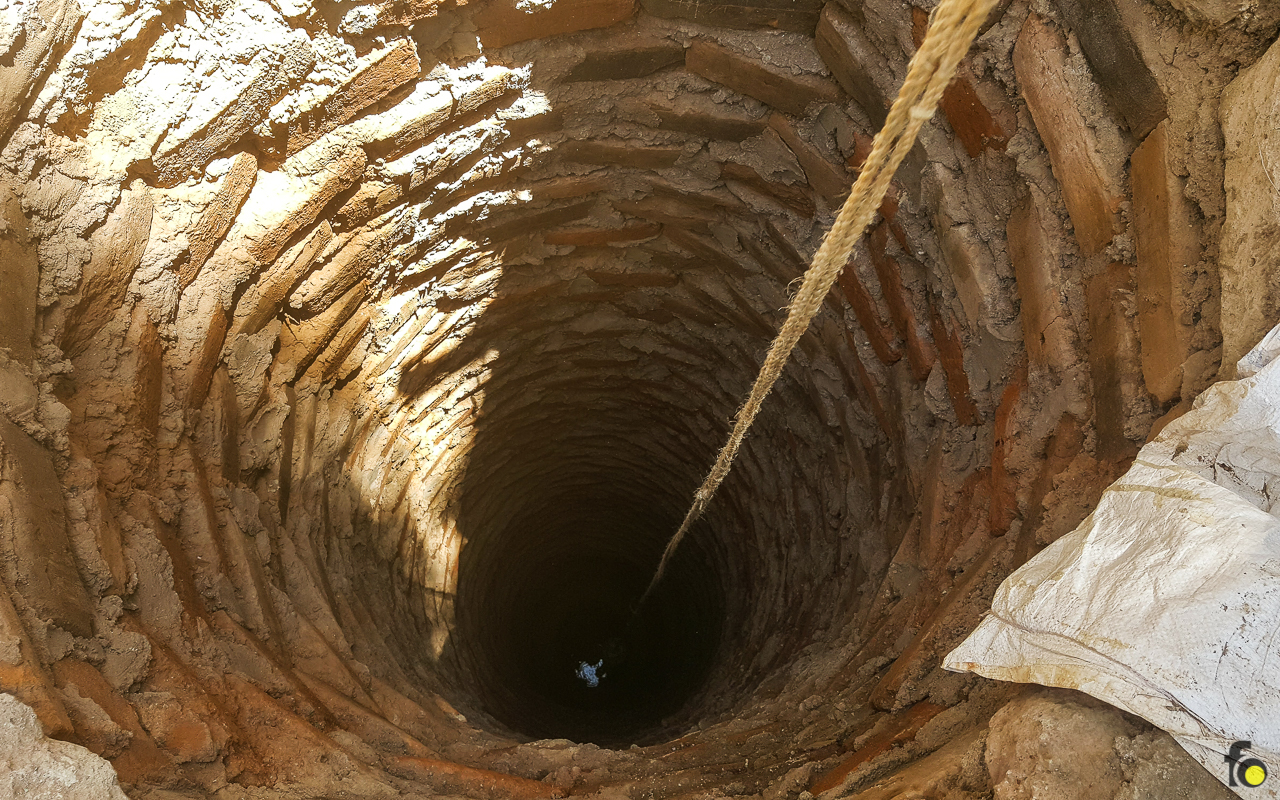 From Cape Town to Harare to Nairobi – water woes everywhere

Cape Town, one of Africa’s most famous cities, will run out of water on April 12th. The city council has set this as Day Zero, the day when the levels in the dams will be so low that the city will have to turn off water supplies. Verity grew up in Cape Town and she says she does not remember there ever being water shortages in the ‘mother city.’ But now, the city is facing its worst drought in 100 years and there seems to have been no backup plan in place.

Cape Town is a favourite international tourist destination because of its beautiful beaches, mountains, wine farms and numerous other attractions. Over 2million tourists visit the city every year and it is one of Africa’s wealthiest, but it has not escaped this water issue which dogs many other urban and rural centres around Africa and the world.

When I was born, my family lived in Kambuzuma, a township in Harare. Shortly afterwards we moved to Chitungwiza which is now well known for its water challenges. In 2016, the town council there announced that residents would only get running water once a week. 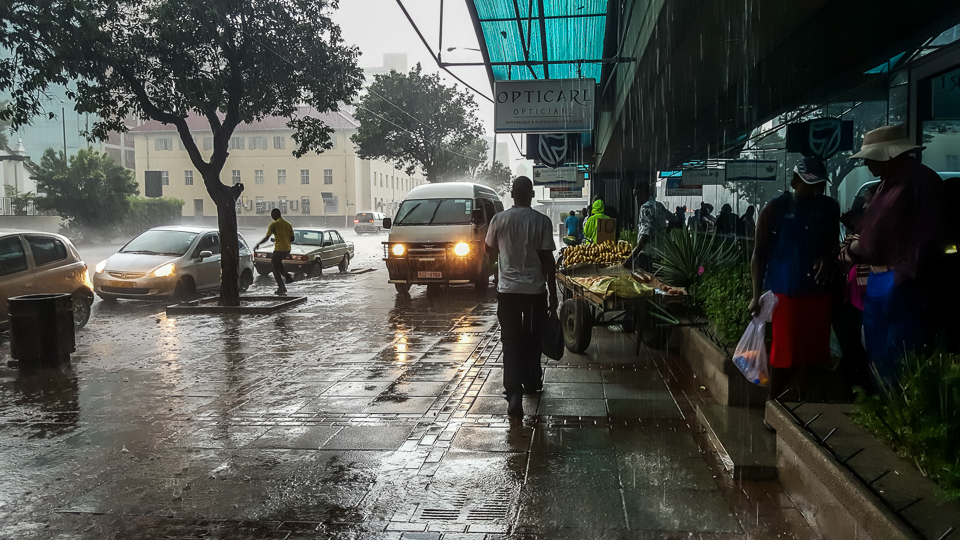 A rain storm in the Harare CBD. Frequent droughts, growing populations and insufficient infrastructure are making it hard for many African cities to supply adequate water to their residents.

When I was six, we moved to Bulawayo, Zimbabwe’s second largest city. There we always had water issues. I remember water rationing being the order of the day. There was almost never enough rain to fill up the supply dams. A project to get water to the city from the Zambezi River remained a pipe dream (I didn’t do the pipe thing on purpose) and to this day, 22 years after I left the city, they still have water problems.

Harare, Zimbabwe’s capital, where I lived from 1996 till 2015, also has its perennial water woes. Most of them are to do with delivering clean water and supplying it to everyone. Many suburbs in the city haven’t had water for years as the pressure is apparently not high enough to push the water all over the city. A lot of new housing developments have to use boreholes for their water supply. In December last year, the Harare Mayor warned residents, those that did have running water, that it was not safe to drink. This was after numerous residents had posted pictures of green or foaming water on social media. “Our water is not passing the eye test,” he famously said.

Then Machakos, our current home in Kenya. Most of the town has no piped water. Everyone we know here has a borehole, a well or gets water delivered to their house. 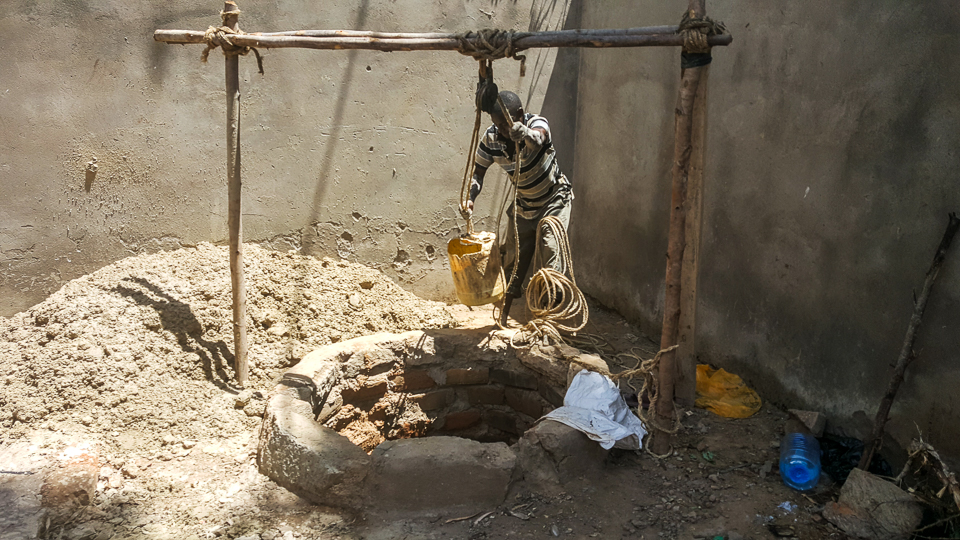 Machakos. (This picture and main picture) A man hauls soil out of a well as part of a project to make it deeper.

Nairobi, where I am writing this article from, is 63km from Machakos. It is the de facto capital of East Africa. It seems any organisation that wants to have a major footprint in East Africa; Google, Microsoft, United Nations, Toyota, Sony, Pfizer, Mastercard, etc, all have their regional or Africa headquarters in Nairobi. And yet the city cannot supply water to even half its residents. According to the Nairobi Water Company, in a 2011 report, only 40% of households that are connected to the city’s water supply receive water continuously. And Nairobi is a city that’s growing at an amazing rate.

Last year, the city, struggling with a drought and desperate to supply more water, spoke about possibly using the heavily polluted Nairobi Dam, as a source of water to boost dwindling supplies.

It’s one water horror story after another and it raises a number of questions for us. What is the long-term plan for water supply in African centres? If a rich city like Cape Town gets to a point where it’s three months away from shutting down water supplies, what does that mean for everyone else? Are there examples on the continent of cities that have planned well ahead to ensure water supply as their populations grow? 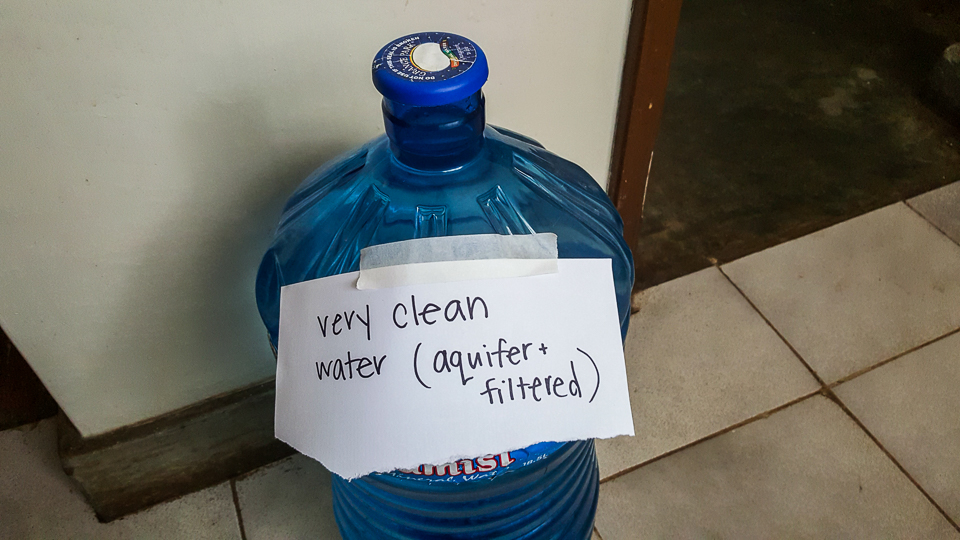 A label at a home in Nairobi showing that this water is safe for drinking. Less than 40% of households that are connected to the city’s water supply have continuous running water.

But water challenges are universal. Cities across the world are struggling to supply their residents with clean water. In 2013 China embarked upon the South-to-North Water Diversion Project, the largest water pipeline project in history, to ensure future water supplies for a number of cities, including Beijing and estimated to cost up to US$60bn. They have encountered some major problems, including rivers that have lowered in volume since the project began, meaning less water to go round.

We can quickly see that even where a lot of money is thrown at this problem, the issues run so deep they point to a frightening possibility; that maybe cities in their current format are just not sustainable ecosystems.