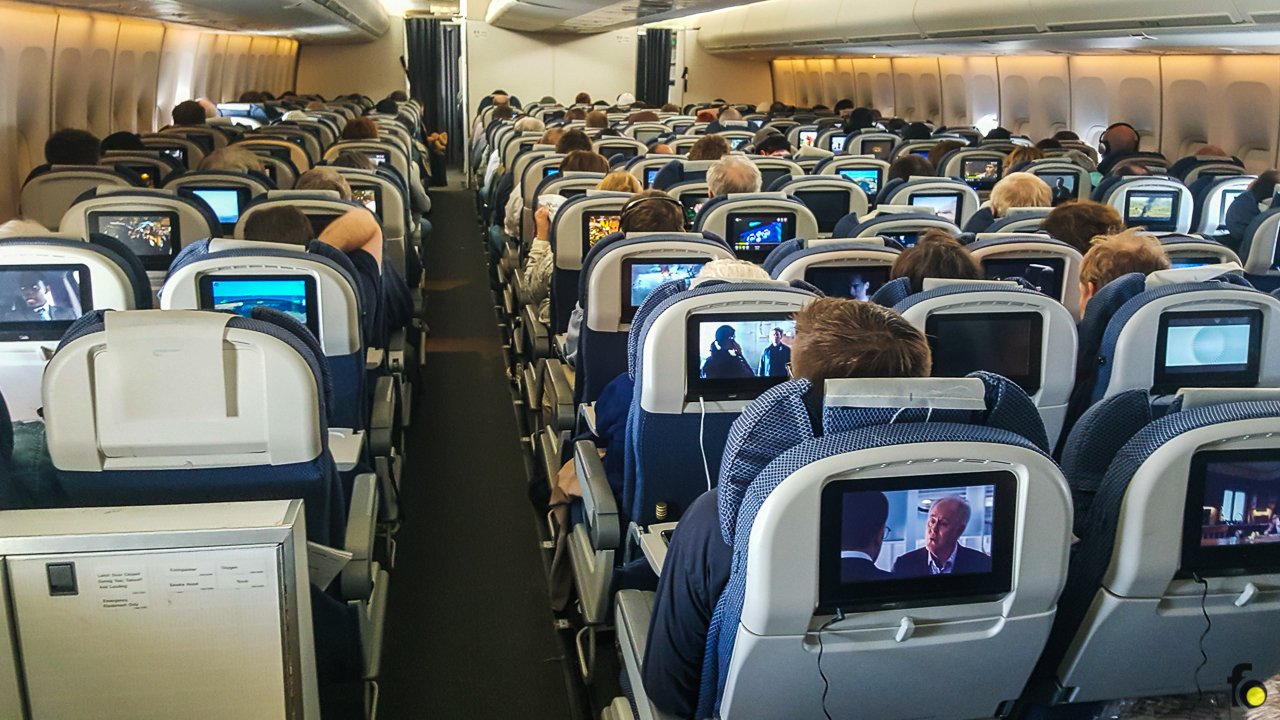 How to arrive early for your flight, miss it and still catch it

It is 15 minutes before the boarding gate closes. The security personnel have decided that they want to manually check one of our bags. “Our boarding gate closes in 15 minutes,” I say to the woman who is lackadaisically waiting for the bag to come through to her station. She doesn’t respond and moves the bag forward so that it’s in front of her.

“We’re never going to make this flight,” Verity says. “I think I should go ahead to the gate and see what I can do to delay the flight.”

“Ok,” I respond and hand her our then one year old daughter, Nips. She takes off and quickly disappears into the crowd of travellers navigating Heathrow Airport’s massive terminals.

By the time security is done with our luggage I am five minutes late for boarding. I am following the signs to our gate, struggling with two roller bags and two backpacks. Arrows and signs. Dodging rollers and travellers. Down the elevator, across a terminal floor, up an elevator and a train! You’re kidding me, I have to get onto a train! Waiting. Waiting. Train arrives. Doors open on the far side for people to get off. Impatience has never been this heightened. I am sure we have missed the flight.

I am sweating and breathing heavily.

Finally, the doors open on our side. I’m the first on board. Once everyone is on, the doors slide shut. There is a slight delay, but it seems like an eternity. At some point, the train sets off and my terminal is the next one. 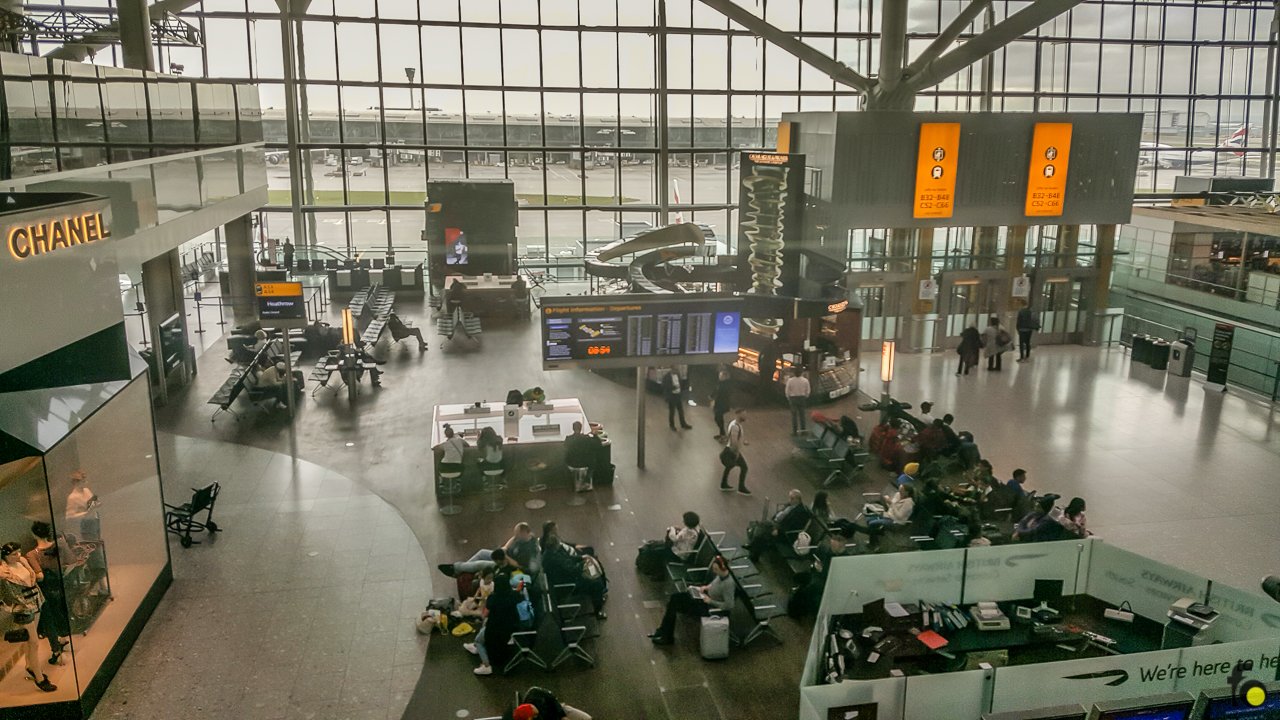 Heathrow Airport. Huge terminals have their pros and cons…

As I sit there I think of the mad mess this all is and wonder how it came to this. We had arrived at the airport over three hours before our flight was set to take off. The young man checking us in was new to his job, a fact we learned a few minutes after meeting him. He was explaining to us that my wife and daughter were on the same reservation as someone else and that person had already checked in. I was on a separate reservation. He needed to separate my wife’s reservation from the other mystery traveller, or something like that, and could not book us in until he had done so. “Sorry, I’m still new on the job. Still getting used to the system,” he admitted.

After about 30 minutes of trying one thing, then another, he called a colleague to help him.

They hammered away at the keyboard and grimaced at the computer screen for about 20 minutes and still could not fix the problem. They called someone who said they were trying something.

Then someone, somewhere suggested that the best thing was to cancel the reservation and make a new one with our three names together. So he started doing this. I think we were about one and a half hours into the situation by now. The baby was starting to fuss and we were watching the time worriedly.

He managed to cancel the reservation and triumphantly told us that he had completed that step and would now ask his colleague to make the new reservation.

Then the unthinkable happened. Apparently, there were some people on the waiting list for that flight. As soon as our reservation appeared to be cancelled and the seats ‘opened up’ someone else on their team snapped them up for another traveller.

“The seats are gone,” he told us, a worried look on his face.

“What do you mean?” He explained as he picked up his phone to call another colleague to get assistance. He hung up and said to wait a bit. Then he called again.

He explained as he picked up his phone to call another colleague to get assistance. He hung up and said to wait a bit. Then he called again. 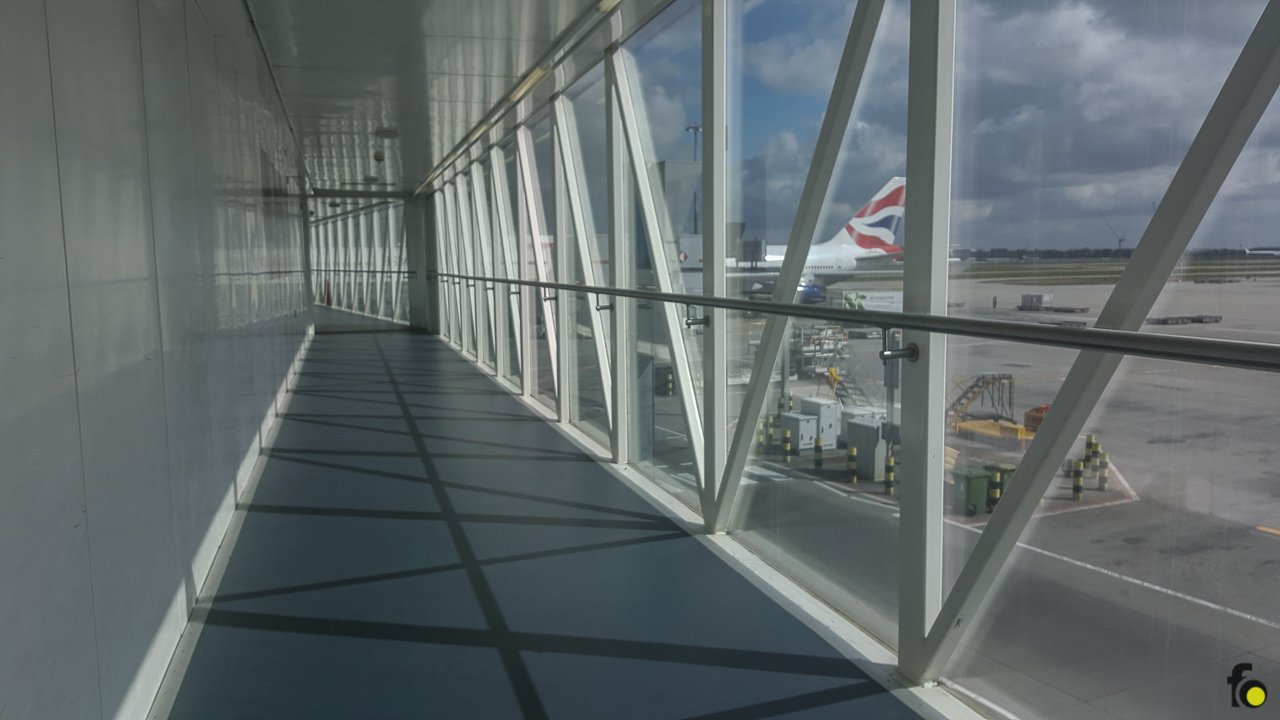 There is no shortage of long corridors at Heathrow.

“I’m sorry, but when I cancelled the reservation…” “This is crazy. You mean because of your mistake, we may not have a place on the flight?”

“This is crazy. You mean because of your mistake, we may not have a place on the flight?”

In the end, the colleague who had been helping him came back to assist and apologised but said that the only way to get seats would be to go and join the queue. It was now about 45 minutes before the boarding window for our flight was to close.

We had to ask them to take us to the front of the queue. Even though they had inconvenienced us beyond what we thought possible, they still expected us to take care of this new waiting list procedure by ourselves. We were shocked and frazzled and angry all at the same time. Shocked that the customer service from what we thought was a reputable airline, British Airways, could be so bad. Frazzled that we would possibly miss our flight. Angry that even though, to the best of our knowledge, our booking had been in order and even though we had arrived on time, we were in this situation.

So the colleague took me to the front of the ‘waiting list’ queue and then walked off. I had to go after him and ask him to come back so that he could explain the situation, BA employee to BA employee, and state that they had messed up and emphasize that it was of paramount importance that everything possible was done to get us onto that flight and make up for the crazy-ass situation that had transpired. But no, he didn’t think it was important for him to do this. We had, in our anger and frustration, to convince him to do so.

He did and we were told to wait while the waiting list person tried to find us seats.

We felt lost and hopeless. The timing was looking so impossible. How on earth would we make this flight, even if we got seats allocated now? Who could we complain to? To whom could we explain the horrendous injustice that was happening here?

Thankfully we were allocated seats. Now we looked for our two guys again to help us get through security. “We need to get help otherwise we will miss our flight?” 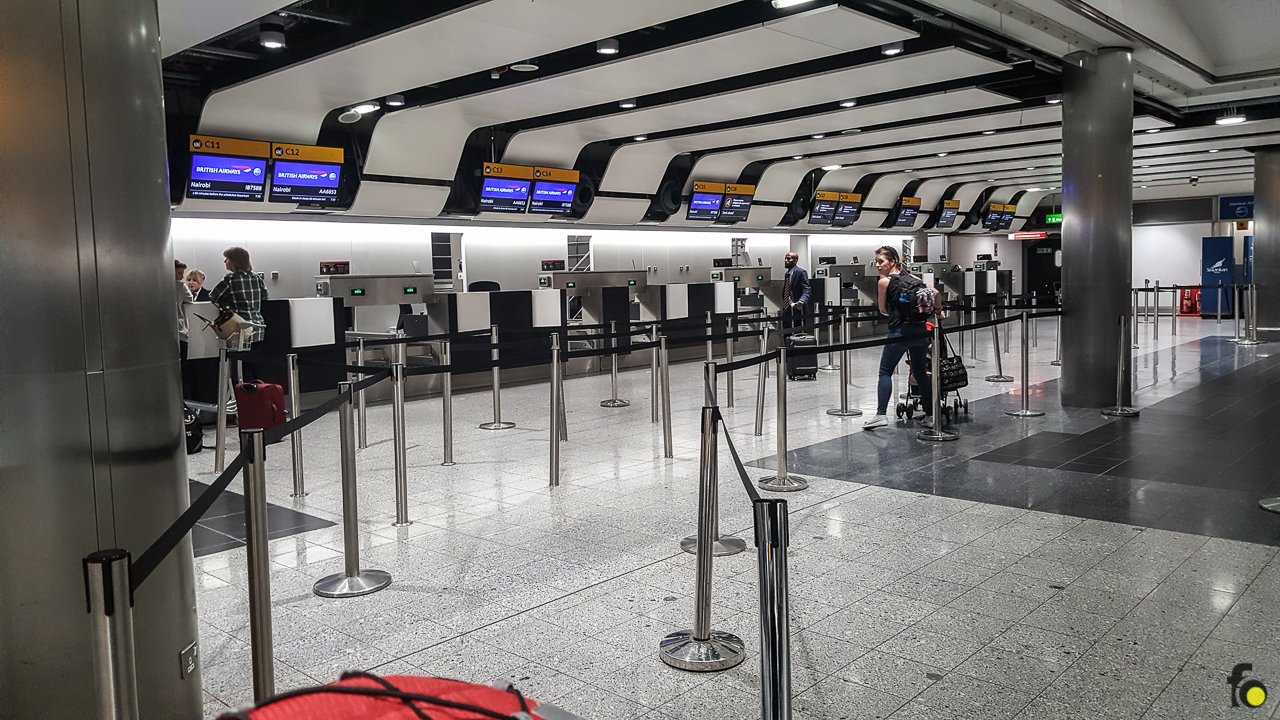 There is a short back and forth before we decide this is hopeless. It is better to try and catch the flight than to stand here quarrelling.

We head off into the maze of processes and nerves that is airport security. Take off your belts. Laptops out. Empty your pockets. Ma’am, wait there please, till we’re ready for you. Ok, you can come through now. You need to go back and come through again. Is there something in your pockets? Is your belt off? Ok, let’s try again.

The train comes to a halt at our terminal.

I jump off and I’m running again. Zigzagging past people. Yelling excuse me! Excuse me! Frustrated that other travellers pretend not to know what it’s like to be late for your flight and do not instinctively make way for an obviously distressed fellow traveller.

Finally, at the point where I think I will collapse, I get to the gate. I am overheating and breathless. To my surprise, there is Verity and around her all the other passengers for our flight. The plane hasn’t even boarded yet. It has been delayed.

I breathe a number of sighs of relief as I join her and little Nips. But we seem to have another problem. One of the BA staff is telling us that we have too much carry-on luggage. At this point, we are beyond the beyond. We both lose it and start complaining about the nasty experience we have just had and about how badly we have been treated.

About an hour later we are seated on the flight. Totally exhausted. Nips is tired too. Close to sleepiness. Somewhere in the hold is a little suitcase that we failed to carry on. We swear we will never fly BA again. But this is not a taxi company that you can boycott easily. When you book flights there are so many considerations; cost and routes being two major ones. So we do fly BA again, and when we do, it is May 2017 and the airline is hit by an IT glitch that grounds hundreds of flights and leaves thousands of passengers, us included, stranded.

But that is a story for another day.