Walking through an incomplete history of protest

The last time I was at the Whitney Museum of American Art was eighteen months ago, when Fungai, Nips and I visited on the recommendation of our fabulous war-photographer friend, Anastasia Taylor-Lind. Nips (aged 7 months!) and I sat our weary selves down against the floor-to-ceiling backdrop of the New York skyline. The exhibit was Lucy Dodd’s Open Plan – enormous abstract pieces that seemed to float or rather to stand in the Whitney’s enormous and open-plan fifth floor gallery; her paintings feeling more like sculptures than paintings. The remarkable gallery space gives you the sense of being part of and separate from the bustle of the city. As a tired mother, you are relieved to have a floor to sit on and for the baby to crawl around on. The middle-eastern trio playing in the background was an added bonus. 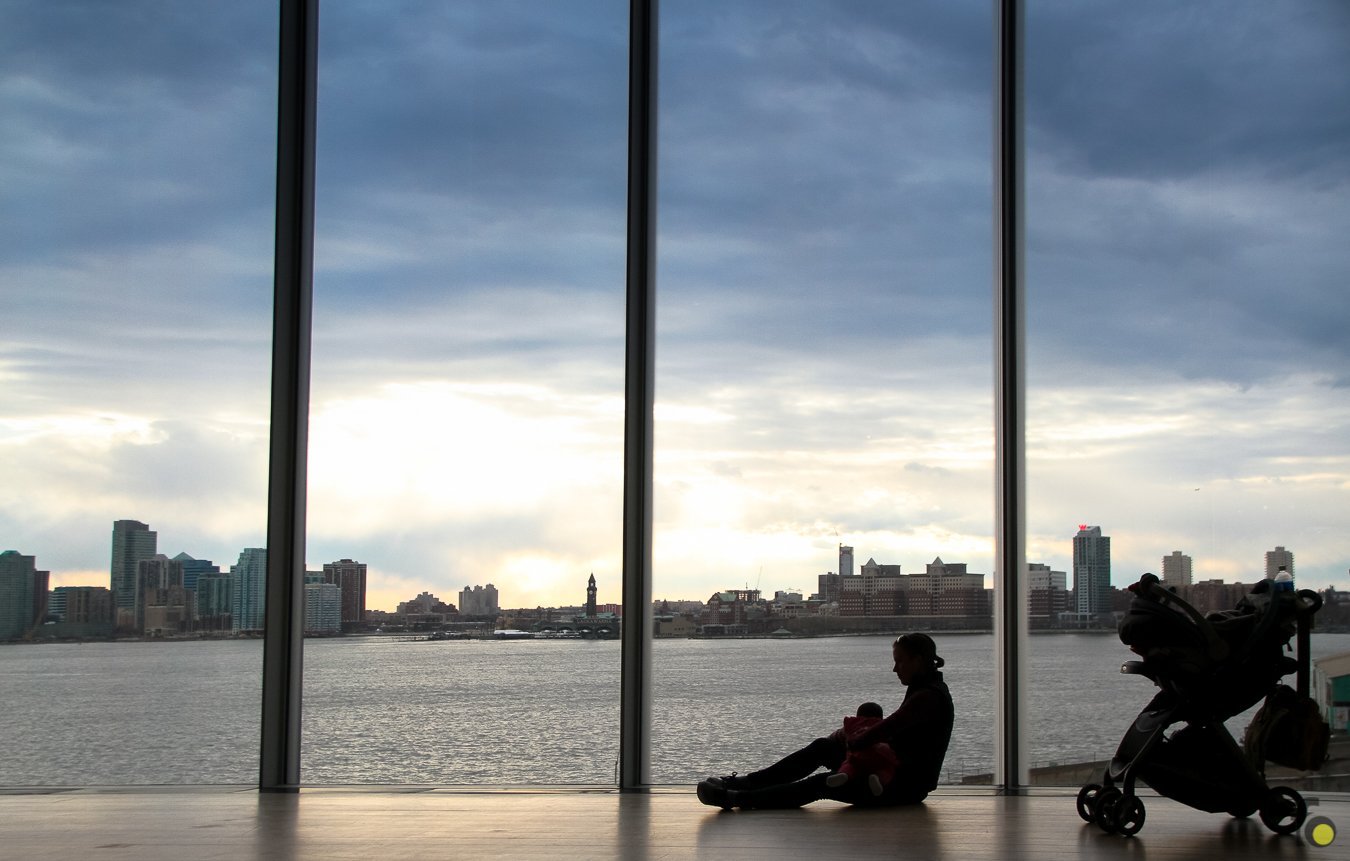 This week, I’ve been traveling in New York for work – solo, and missing my two favourite travel buddies. It’s impossible to escape the current political environment in the USA, largely shaped by race relations, the Black Lives Matter protests, the NFL protests, and the so-called “alt right’s” (white supremacists/Nazis/whatever you wish to call them) often violent push back against this protest of police brutality perpetuated against black Americans. This fills my Facebook timeline almost as much as it fills my head. Being a white woman with a black husband and a biracial child, these are not issues I can afford to avoid, even if I wanted to.

So today, I returned to check out the Whitney’s “An Incomplete History of Protest” – a timely, and introspective exhibition on a number of levels. It reviews the Whitney’s permanent collection of protest art, and includes work protesting police brutality, war, exclusion of women, the AIDS crisis, and a whole lot more.

An Incomplete History of Protest – Selections from the Whitney’s Collection, 1940-2017 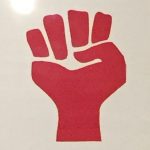 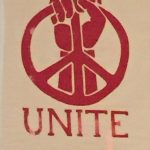 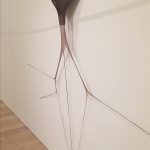 Selection from the “Stop the War” gallery.

Selection from the “No Idle Gesture” gallery.

Selection from the “Mourning and Militancy” gallery. 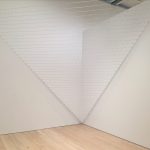 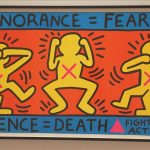 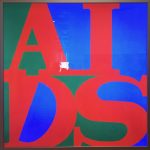 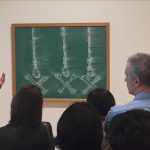 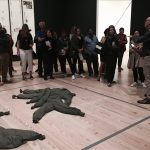 For the past several years, much of my work in Zimbabwe or Kenya has been working with children orphaned by the African HIV/AIDS crisis. I often forget that the AIDS crisis also hit America – specifically New York City – in a similar way. Specifically, almost half a million people in the USA in the ‘80s and ‘90s died from HIV/AIDS, with a large number of the victims being gay men or people of colour.

AA Bronson’s confrontational, yet haunting work Felix Partz, June 5, 1994 follows you through several halls of the exhibition. This brightly coloured and billboard-size photo is of Felix Partz, Bronson’s partner, and the photo was taken three hours after Partz died from AIDS-related complications. His eyes are open. It’s creepy. And disturbing. And powerful. And tragic. It made me want to cry. 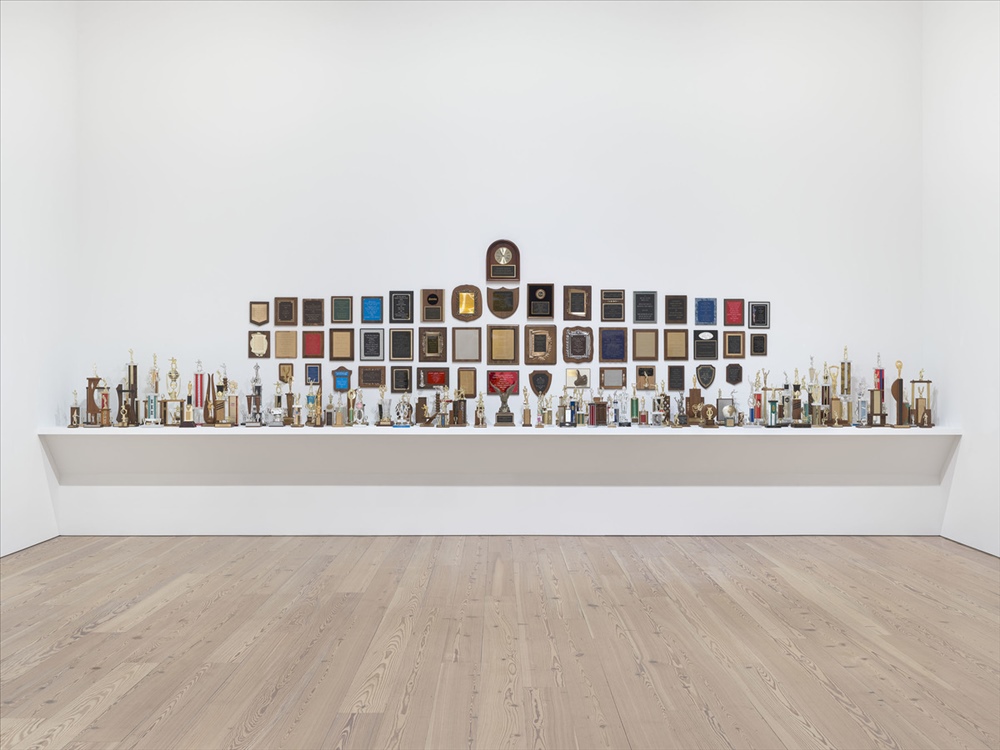 Photo of Carl Pope’s piece, ‘Some of the Greatest Hits of the New York City Police Department: A Celebration of Meritorious Achievement in the Community,’ – (1994).

How do you show police violence without being graphic or showing a single victim or perpetrator of violence? Carl Pope’s conceptually provocative and extremely relevant piece Some of the Greatest Hits of the New York City Police Department: A Celebration of Meritorious Achievement in the Community (1994) manages to do exactly this. Pope bought cheap trophies or plaques typically given as awards at intramural police sports contests, except engraved with awards given to police for acts of violence, along with the names of the victims:

Michael Stewart – a NYC graffiti artist who was arrested for spray-painting the subway wall at First Avenue station. His treatment in NYPD custody resulted in him being in a coma for 13 days and dying from his injuries. Or “cardiac arrest” if you believe the coroner’s report. All six police involved in his arrest and death were acquitted.

Eleanor Bumpurs – an African-American woman who was shot to death in 1984 after police tried to enforce an eviction of Bumpurs from her Bronx apartment. She was four months behind on rent. She was apparently mentally disturbed. She was also 66 years old. And apparently had a steak knife. She was shot dead by New York police armed with a 12-gauge shotgun.

There are many more trophies; many more too-familiar stories of tragedy.

Being part of the tour led by Whitney docent, Floyd Sklaver, made me feel like we were getting an insider perspective on both the exhibition and the Whitney itself. Discussing some of the gaps in Whitney’s collection (a 60-year retrospective exhibition some years ago did not have one single black artist!), Sklaver said “I am proud that the Whitney shows its flaws to the public, and has a dialogue with our artists. How else can we learn? How else can we be a better institution?”

By the end of the tour I just wanted to escape through the door leading to the light – the New York skyline viewable from the outdoor balcony. But I know I won’t be able to escape the haunting or confrontational images, along with the provocative questions raised by this powerful exhibition. 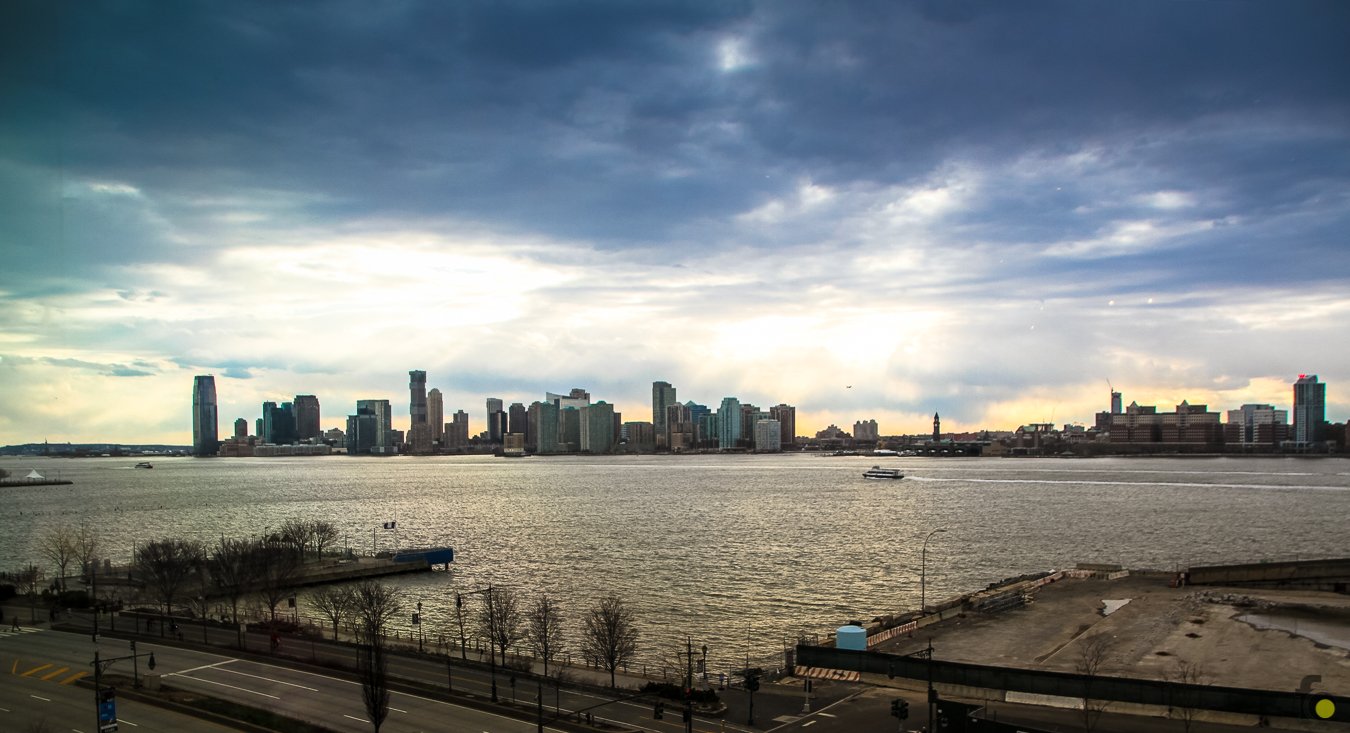 One of the amazing views from the Whitney Museum, looking out over the Hudson River at the New Jersey skyline in the distance.

More info on “An Incomplete History of Protest” exhibition: https://whitney.org/Exhibitions/AnIncompleteHistoryOfProtest

Take advantage of the delicious menus at the Whitney’s “Untitled” and “Studio Café” dining spaces – https://whitney.org/Visit/Dining