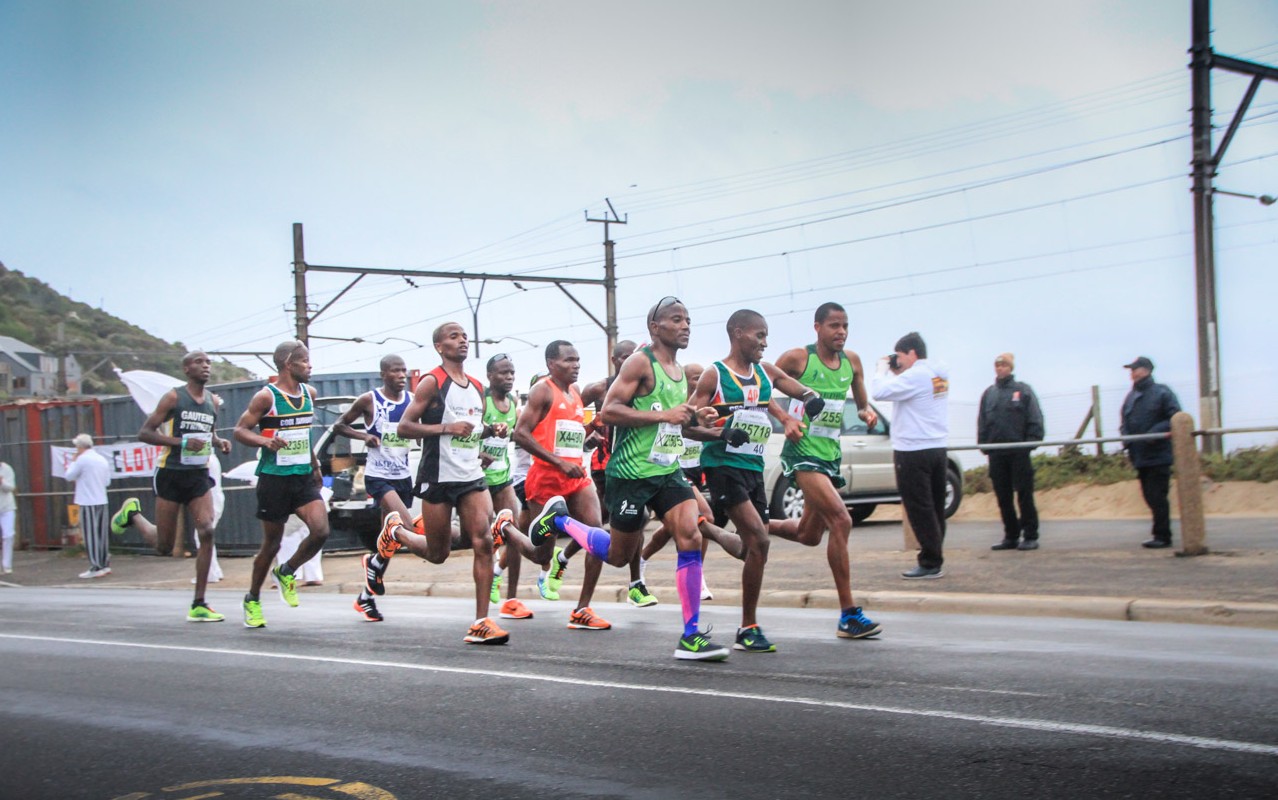 How not to photograph a marathon

The Two Oceans Marathon is coming up in Cape Town at the end of this week. I have seen the excited posts from some of my running friends who are participating this year. It’s a big deal, this race; over 25,000 runners from all over the world take part.
A few years ago, I took part in the marathon myself. Before you get excited, it was not as a runner, but as a curious photographer. Verity’s family is from Cape Town and we happened to be visiting them at the same time that the marathon was taking place. I love marathons! Watching them and being awed by the endurance of the people taking part. I volunteered at a water point for a marathon in Harare once but I had never witnessed a full-on international marathon with professional runners, so I was pretty excited.

I packed up my camera gear, borrowed my brother-in-law’s bike and rode out to a point along the marathon’s course, at the corner of Clovelly and the Main Road, close to Fish Hoek Beach. It’s where the quiet seaside neighbourhood of Clovelly begins.

The time is around 0715hrs. It’s an overcast morning, good for running, but this being Cape Town which boasts of being able to give you all the four seasons and a few others in a single day. The weather could change several times before the race is over.

There are many people out already, waiting for the race to come past. Some have their deck chairs and coffee flasks out and are munching on sandwiches. It seems to me like it’s a tradition they take part in every year. They seem so at home, sitting there chatting and waiting.

There is a group of women across the Main Road, dressed mostly in white, standing in front of a banner mounted on a fence behind them. It reads, in bold red and black characters, ‘LOVE CLOVELLY.’ 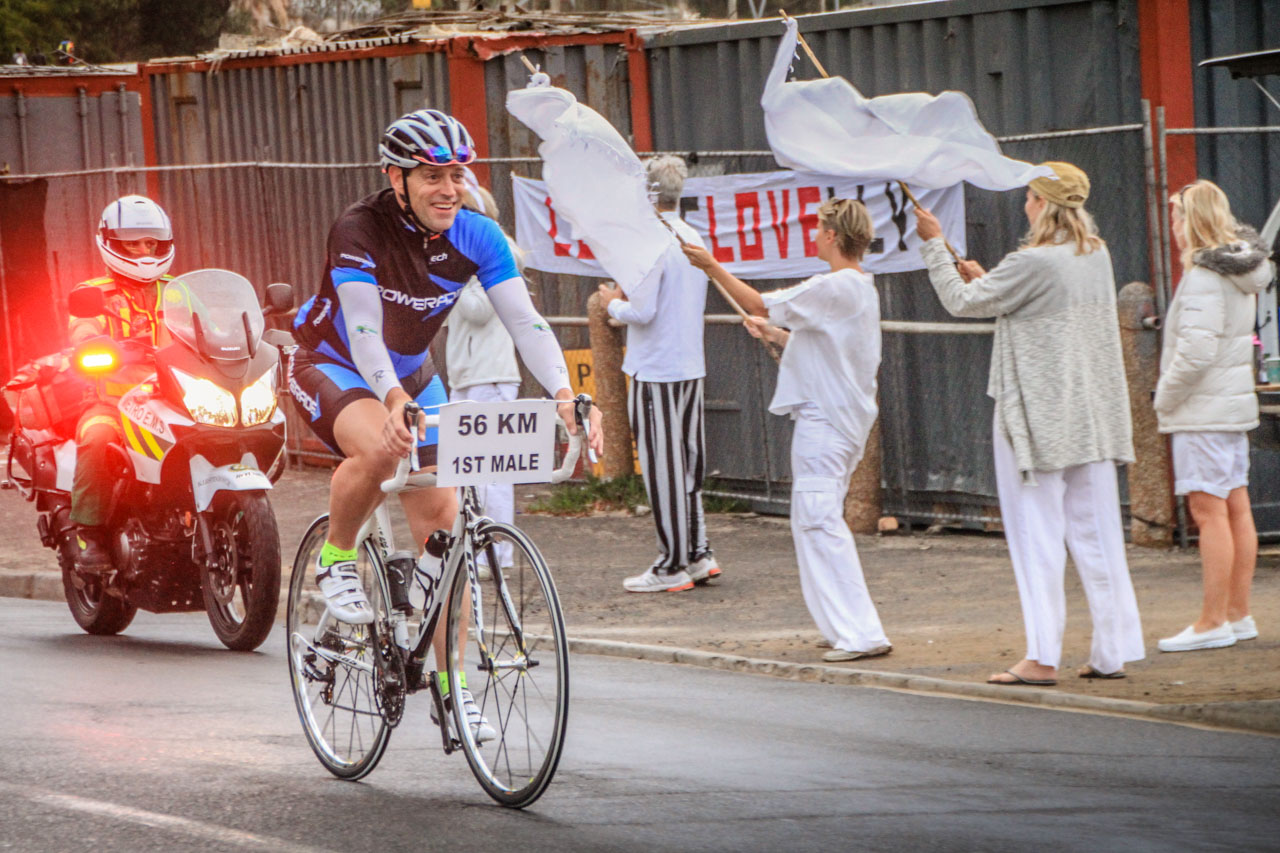 The 56KM FIRST MALE bicycle with the LOVE CLOVELLY ladies in the background.

At around 0720, three cyclists go by, up towards Kalk Bay. I take a photo of them, maybe two— or three, I don’t know, just because. The street lights are still on. The morning chill is only just starting to lift.

Just after 0730, we hear a helicopter in the sky. We look up. It’s hovering over Main Road. The ‘Love Clovelly’ ladies seem all excited now. They line up along the road. The first runners are coming? Then I see it, an Opel bakkie coming round the mountain just past Kalk Bay Harbour. It has a big digital clock on top of the roof. There’s a motorbike behind it, then a bicycle with the sign ‘56KM 1ST MALE’ fixed to the handlebars.

Yes, they are coming! There’s another motorbike behind that, headlights on, then three more bicycles with different signs on them and then yet another motorbike, with a rider and a passenger facing the rear, holding a video camera.

And ah, there they are, the amazing, fine-tuned human beings who we call marathon runners. And boy are they revving it up. I can’t believe how fast they are running. They are closing the distance between us really quickly. I fumble to get my camera settings ready and start snapping crazily. Damn, they’re moving fast. I’m snapping away and move my camera away from my eye a little so I can get a good look at these human gazelles. Their legs are flying forward in gargantuan, super-human strides and there is a blur of reds, blues oranges and neon greens as their fancy Nike, Adidas and Asics sneakers are thrown forward and then up into the air in smooth, unrelenting forward thrusts that lap up the metres. I am in awe.

Then they are close enough for me to hear them breathing. It’s music. Deep, rhythmic, unstrained. Like the echo of a bassline for an inspirational rap track. It’s in time with the fffphhh fffphhh sounds of their magic sneakers that barely touch the ground. It’s music. 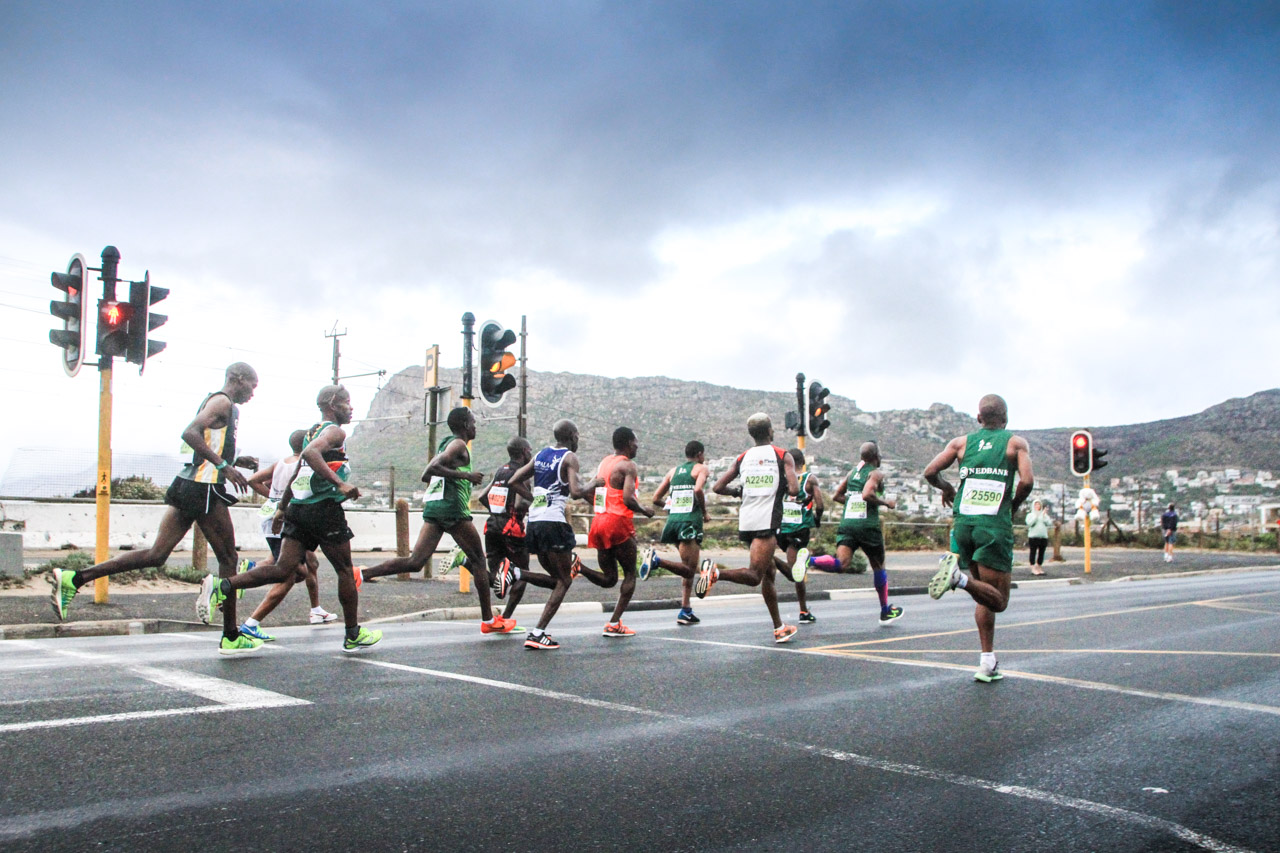 How quickly they were gone…

I want more. Like an addict who has just taken the first sampling of a strong narcotic. I need more. I throw the camera over my shoulder, mount my bicycle and give chase in the one lane that’s open along Main Road.

I start off excitedly, pedalling like a possessed maniac. In my mind, I’m like, ‘This is so cool, I’m photographing the Two Ocean Marathon!’ I go past the Fish Hoek Police Station and they are still ahead of me. Damn, they are moving fast.

I change gears. There’s no way that people on foot can outpace a bicycle, I am thinking. They head into the Fish Hoek town centre and I’m in hot pursuit, panting heavily. I can feel the sweat pouring down my back and collecting in my underwear. How are they doing this? But there are some cyclists with them, and they are keeping up. Dammit, I can do this. Pedal harder, Fungai. Pedal! Pedal!

Along the sides of the road, people are cheering. I go past a group of people holding up a Zimbabwean flag. There are other runners overtaking me now. Disbelief. Pedal! Pedal!

We are now going uphill, out of Fish Hoek town centre and onto Kommetjie Road, towards Sun Valley. As I round the curve, I cannot see the lead runners anymore. It’s just a haze now. Sweat and a struggle for breath. I’m overheating. I stop.

Next time, I’ll use a motorbike.

Good photos of them… 😉 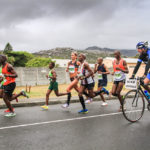 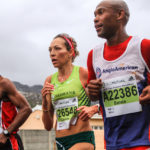 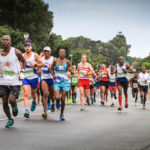 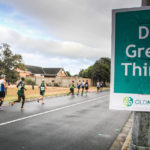 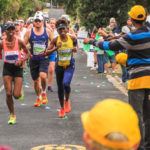 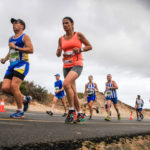 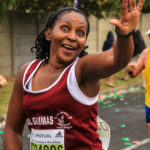 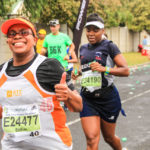 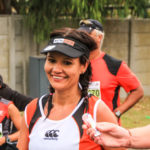 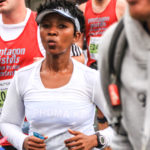 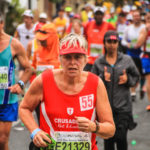 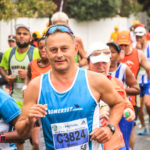 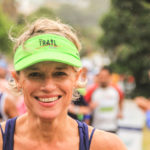 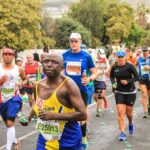 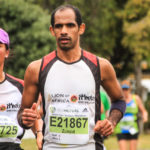 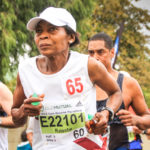 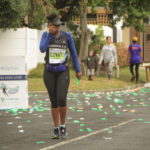 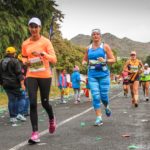 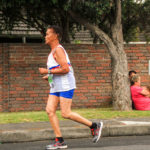 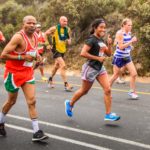